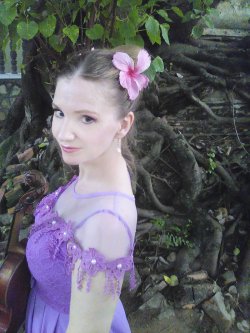 We were both amazed at how this mix worked and we enjoyed ourselves greatly. Recorded at the Kampot Traditional Music School in Cambodia without edits on February - March 2015.


Catherine Louise Geach is a classical violinist and early music soprano who graduated from the Royal Academy of Music in London.